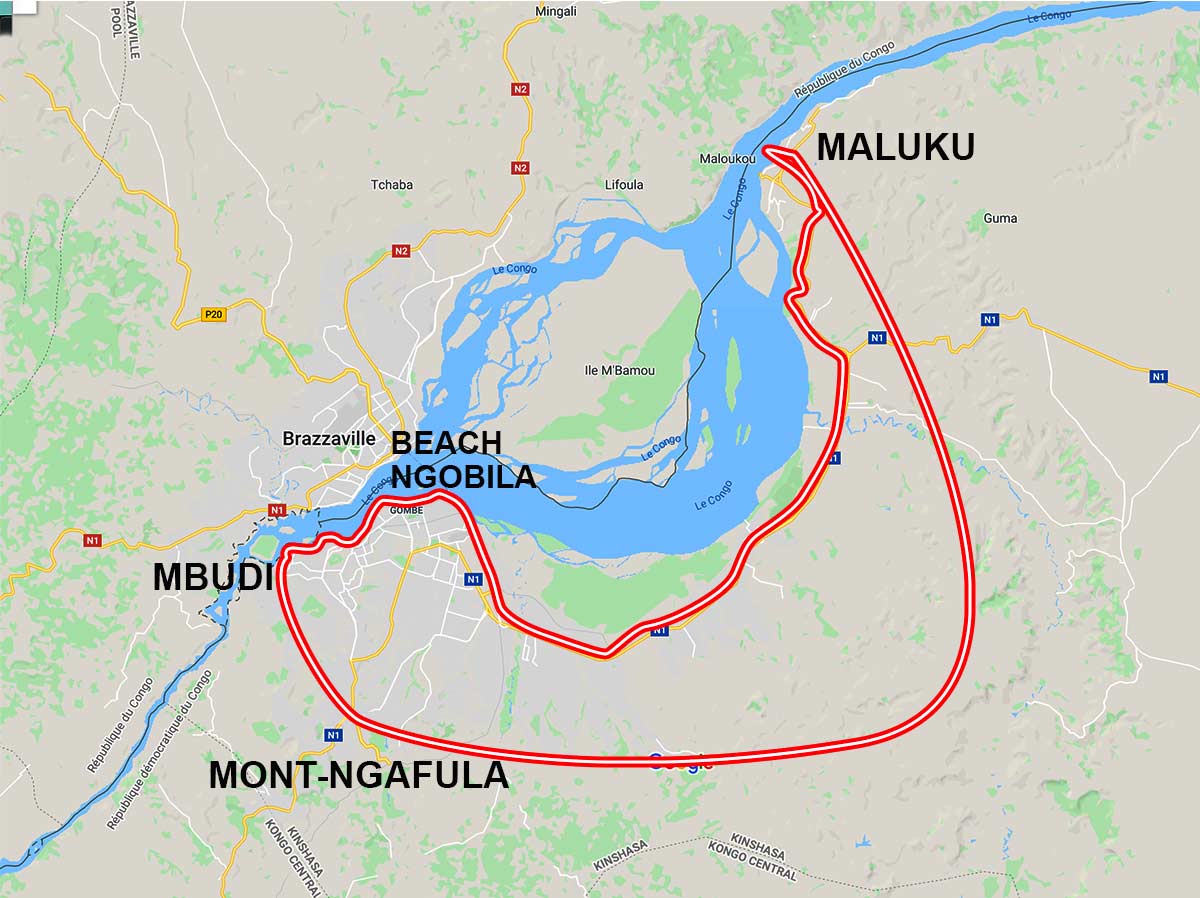 a) Main arterial roads with large traffic jams and frequencies

A. PRESENTATION OF THE GRV GROUP – Global Resources Ventures

It was created on July 16, 2013 according to Congolese legislation with the legal nature of: Société par Actions à Responsabilités Limitées (SARL) and registered under the RCCM CD / KNG / RCCM / 13-B-0549 and the national identity number 01-000 -N74987B. At start-up, its share capital was US $ 2,000; In addition to the health activity, this company deals with other sectors, mainly: Agriculture, Livestock, Agri-Food and Pastoral, Forests, Mines, Telecommunications and Transport. It has as Manager, Mr. Maurice-Castel MANGO BALIMAKA.

Fig. N°1 Distribution of the population in percentages 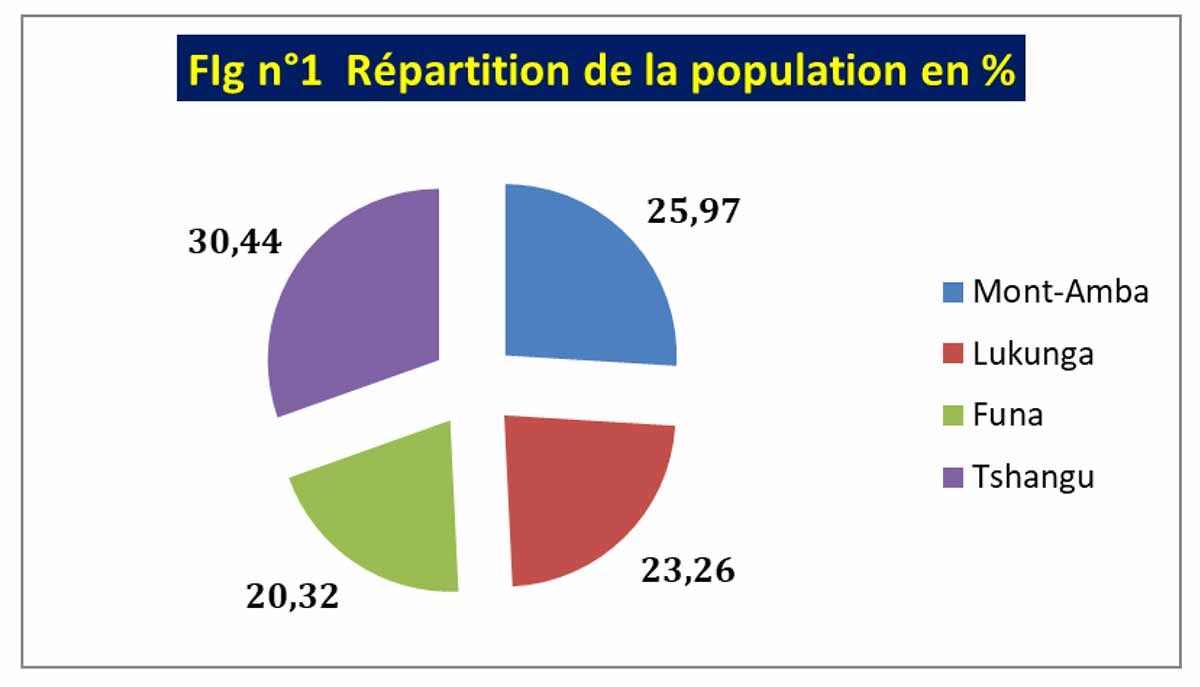 A. EVOLUTION OF PASSENGER TRAFFIC IN THE CITY OF KINSHASA

Table n ° 2 Breakdown of passenger traffic in % in Kinshasa

Fig n°2 Distribution of passenger traffic in % in Kinshasa 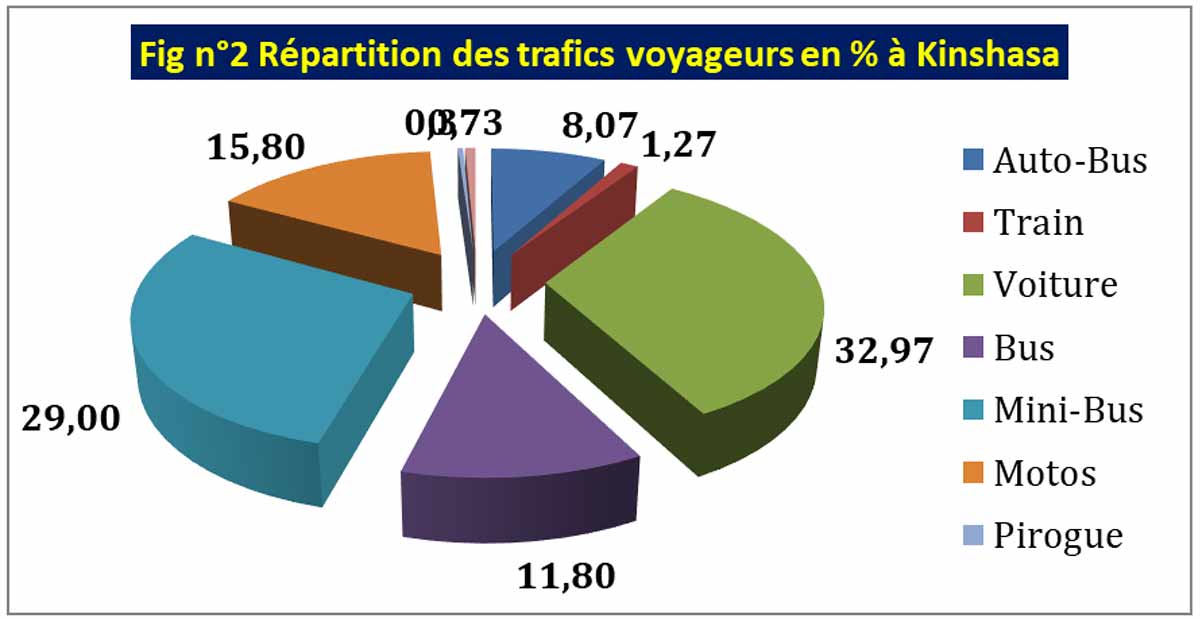 B. AVERAGE COST OF URBAN TRAFFIC IN KINSHASA

B. FREQUENCIES OF VEHICLES AT RUSH HOURS

During rush hour, the city of Kinshasa is overwhelmed by the influx of vehicles creating huge traffic jams per km. The frequency is estimated at 345,600 vehicles

Fig. n°4 Frequency of vehicles in units per KM / Hour 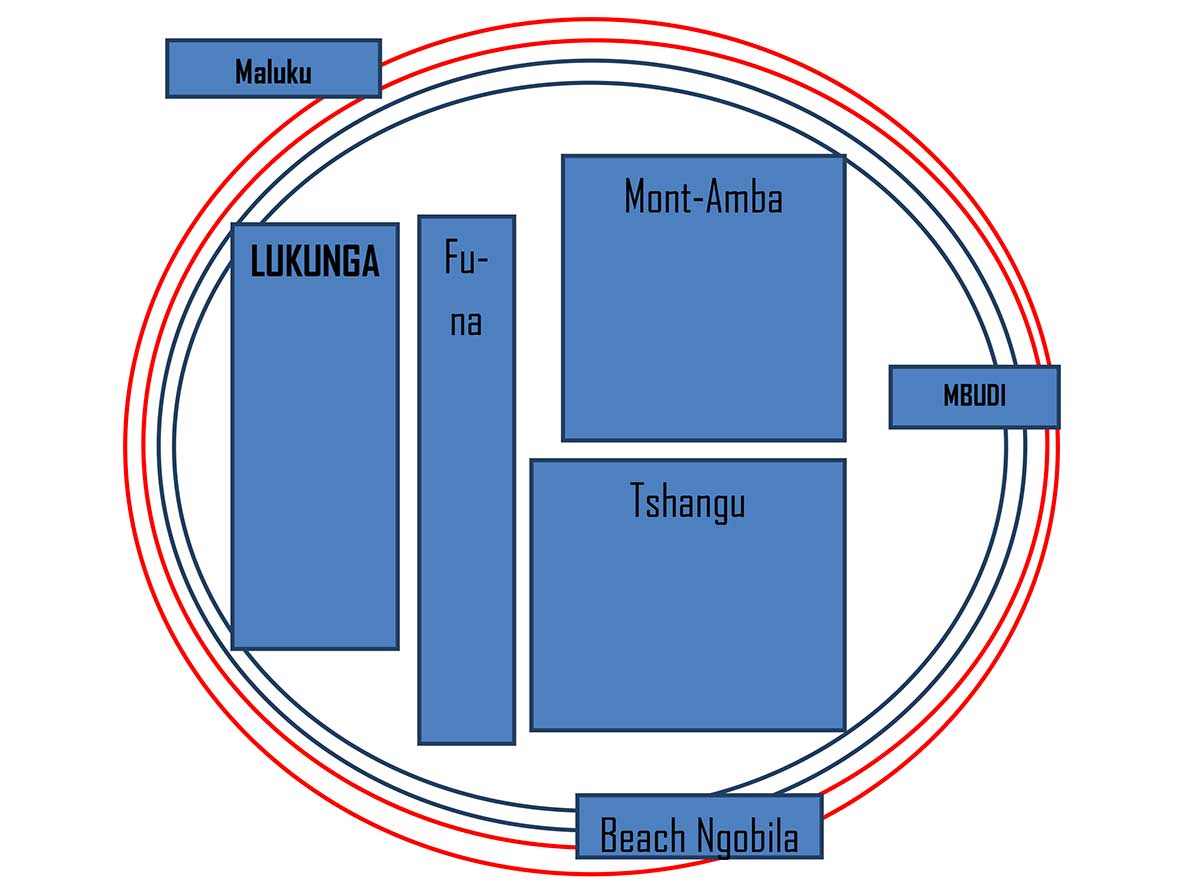 Map of Kinshasa’s 4 districts and 24 communes 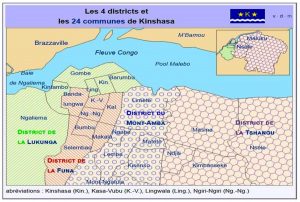 Among the relay channels will be put a priori:

B. EXIT AND ENTRY CABINS

To allow easy access on the belt and to avoid traffic jams at the entrance, the following will be provided:

The customers of the “MALEBO BELT WAY” Peripheral Belt will be made up of: